Taking a Stroll around Wyoma Square, Circa 1962
3265
post-template-default,single,single-post,postid-3265,single-format-standard,eltd-core-1.1.3,lynn-museum-theme-ver-2.2,ajax_fade,page_not_loaded,smooth_scroll, vertical_menu_with_scroll,wpb-js-composer js-comp-ver-6.0.5,vc_responsive 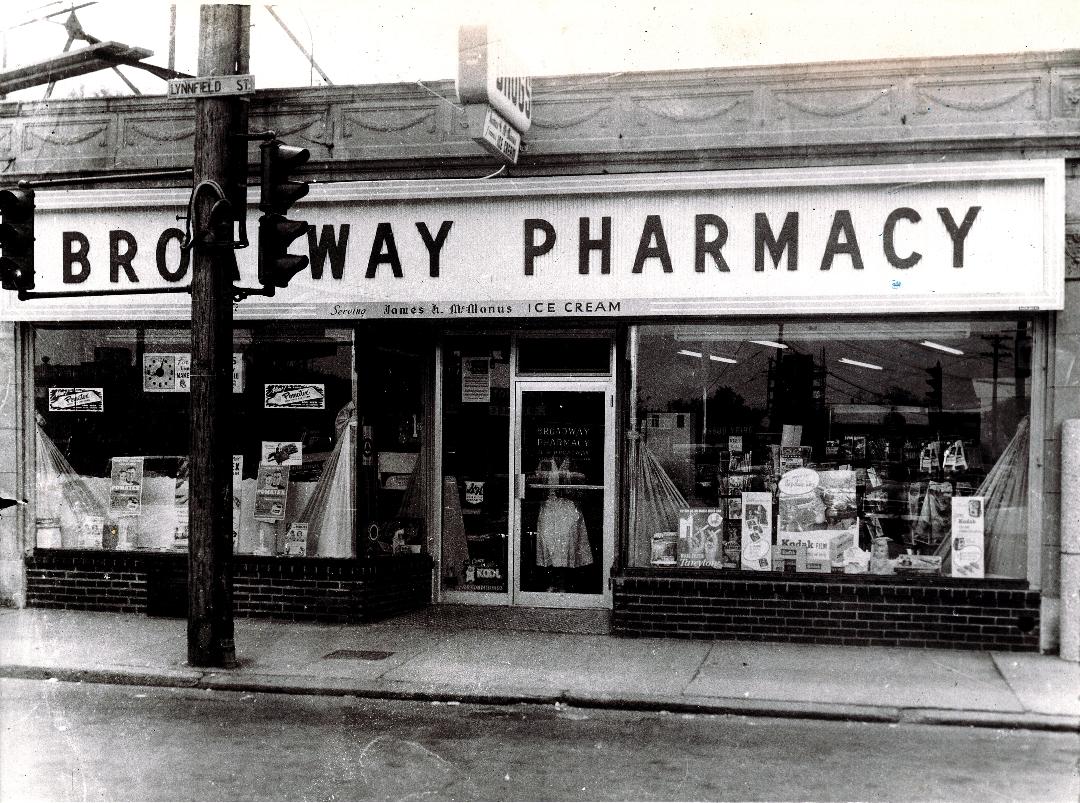 Taking a Stroll around Wyoma Square, Circa 1962

History happens every day and change is constant. I thought it might be interesting or fun to take a trip back in time to Wyoma Square and Lynnfield Street 60 years ago (1962).

The square is where I grew up and still live. To round off this column, I used the 1962 Polk Street Directory. So, blame any inaccuracies on Mr. Polk.

The name Wyoma was given to this section of Lynn by Alonzo Lewis when he wrote the original History of Lynn in 1844. No one is sure where the name originated, although there is speculation that Alonzo just made it up.

My 1962 trip through the square follows the same route I took numerous times on foot or by bicycle.

I attended the Lynn Woods School at the time, so we will start in that general area.

On the opposite corner there is the Lynn Woods Garage, followed by St. Mary’s Cemetery, Sheehan Monument, Gene’s Pizza at the corner of Severance Street ( later Bill’s Pizza, and now Nickey’s Pizza & Subs).

Across the street on Parkland Avenue, there is Hingston Laundry. We continue down Broadway and, at the corner of Parkland and Richardson Road, we find Luke’s Service Station and Simard Refrigeration (later these two locations would become the former site of Wyoma Mobil and now East Boston Savings Bank/Rockland Trust).

We head down Broadway to Springvale Avenue to cross over to the other side of Broadway. There we find Foster and Connolly Insurance and Riley’s A-1 Snack Bar (corner of Broadway and Magnolia Avenue).

The Broadway Trampoline Center is right next door and is truly the highlight of the tour. This is an outdoor trampoline center where you can pay to jump up and down on one of several trampolines that sit over open pits.

It was only open for a brief time and is only listed by Mr. Polk in 1962. In the rear of the lot is Riley’s Tire. This area would become the site of the original Rolly’s Restaurant, later the Equitable Cooperative Bank, and now the Reading Cooperative Bank.

The next stop is the First National Store, which is a large modern supermarket that employed a large number of students from the area (now the Flax Pond Condominiums).

In the early 1970s, the store would be the scene of a deadly hold-up. It closed in 1978. Right next door is the Essex Trust Bank. The property was always a bank until recently. Further down Broadway toward Flax Pond is the Ahern Funeral Home, later the site of the original Solimine Funeral Home.

We now head back toward Wyoma Square passing Broadway Methodist Church, Wyoma Card Center, and Corbett Hardware with gas pumps on the sidewalk (now Rolly’s Tavern on the Square).

At the next block we find: Newhall’s Liquors, Hillside Five and Ten (Richard Covert’s), Betty Jean’s Infants & Women’s Clothes, and the Wyoma Bakery.

The Wyoma Professional Building or the second floor didn’t exist in 1962. It was added later and is listed in the 1964 Polk Directory.

The next stop is the Wyoma Dairy Queen, followed by the First Lutheran Church and the Wyoma Branch of the Lynn Public Library — one of two libraries in Ward 1.

Behind the library is Pickering Junior High School and Sisson Elementary School. The exteriors of both schools are exactly the same 60 years later. The Wyoma Little League Field (Reinfus Field) is there but it is not the facility that it is today and the Meadow Court Housing complex was still under construction in 1962.

Across Broadway near the corner of Lynnfield Street we see Wyoma Jenny Service Station, White Way Diner, and Johnson Variety, all squeezed into what now seems like a very small lot.

At this point we have to take a slight detour around the corner to Newbern Street, and stop at John’s Variety, a real convenience store in the oldest sense of the term. The proprietor, John Carty, always had a friendly word as well as plenty of penny candy.

We now head back to the square and the corner of Euclid Avenue and Broadway where we see the Eastern Mass Bus turnaround (now an apartment house). On the opposite corner there is Finnesse Donuts (vacant in 1961 and 1963) and renamed Baker’s Dozen in 1964, and now Mino’s Roast Beef.

Further up Lynnfield Street, there is the Wayside Hospital Pharmacy with a small soda fountain. It’s now RE Max 360 Real Estate. And across the street, we see  Union Hospital prior to numerous renovations and expansions.

Near the corner of Dartmouth Street, there was Kenneally’s Grocery. The last stop is the Engine 11 firehouse, complete with a public library that would remain open a few days a week until the 1980s.

As you can see, there has been a great deal of change in the past 60 years, but many of the buildings and landmarks do remain the same and much is recognizable from 1962. I wonder how much of the Wyoma area would be recognizable to Alonzo Lewis 178 years later?

Joseph E. Scanlon III is the president of the Lynn Museum/LynnArts Board of Trustees.