Featured in The Boston Globe and Chronicle, view a 19th century diorama of the Lynn, Boston, and Revere Railroad constructed by Lynn-based artist Todd Gieg. The Narrow Gauge ceased operation in 1940 but was instrumental in the development of the North Shore, with many of the railroad stations still being used by the MBTA’s Blue Line.

Currently made up of three, 4” x 4” sections, the diorama took Gieg twelve years to create, and he hopes to complete the rest of the railroad diorama within the next 8 years.

This display is a temporary deposit, located in our second floor galleries.

To see more of Todd’s process and learn the history behind the Diorama, check out his additional videos here.

“Industry & Craft: People At Work In Lynn” explores the different industries of Lynn Massachusetts, and shows that the Shoe City was the origin of many inventions that revolutionized the economy. Starting with early industries making flax for clothing and ice for refrigeration to modern day industry like the General Electric Company, this exhibit displays the artifacts of the Lynn Museum & Historical Society and shares the stories of real people at work in Lynn.

This exhibit is permanent, located in our second floor galleries. 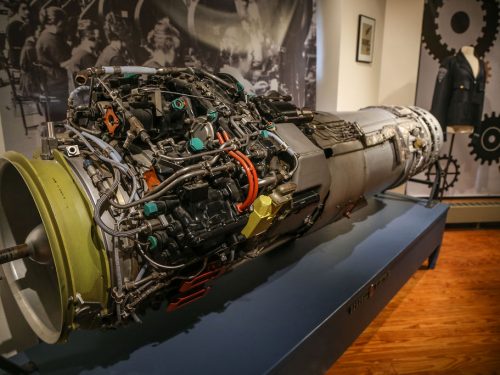 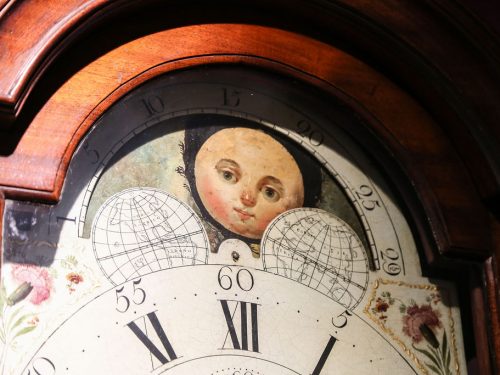 Collecting For: The Artifacts of Lynn

What is a museum? Why do museums collect? “Collecting For: The Artifacts of Lynn” features highlights from the collection of the Lynn Museum & Historical Society, and information on the history and evolution of this institution. Explore concepts of museum collecting from the earliest “cabinets of curiosities” to modern day museums. Spotlights include our Victorian furniture and decorative arts collection, Abolitionism and collecting to preserve the history of social movements, and historic preservation.

This exhibit is temporary, located in our second floor galleries.

Hip Hop culture has deep roots in Lynn, Massachusetts, and the stories from the local Hip Hop community are highlighted as part of this interactive exhibit commemorating its identity in Lynn.

The exhibit includes interactive elements such as a DIY recording studio for museum-goers to drop a beat or rhyme. Photos of artists and defining moments will be displayed along with artwork done by Lynn artists. The room will be themed to look like a bedroom recording studio resembling a DIY studio of a Hip Hop artist from Lynn.

Excerpts from an upcoming documentary produced by Grind House Recordings on the story of Lynn Hip Hop will play on a loop.

This exhibit is temporary, located in our second-floor galleries. 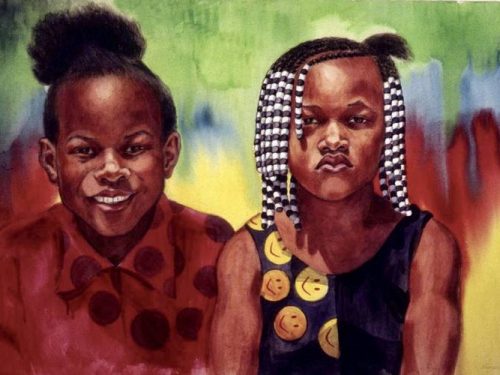 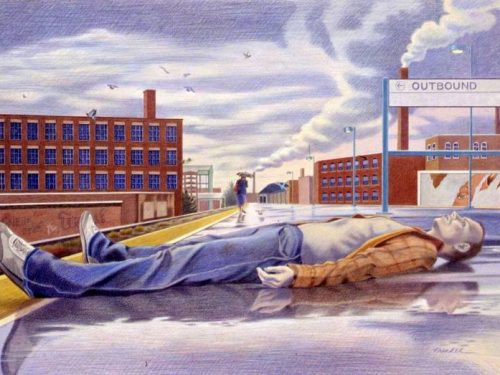 A Place of Inspiration: Images that Capture the Spirit of Lynn, A retrospective of work by Yetti Frenkel

“I grew up in a big old Victorian house near the ocean. In summer I frolicked in the Atlantic, raced the waves on the catwalk, and turned over rocks in tide pools to reveal hidden creatures. My father, who was a physicist and curious about everything, showed me how to use a microscope to see the invisible world contained in a drop of water, and a telescope to see the stars. We dug clams at low tide, rented aluminum whalers at the Lynn Marina to fish for flounder, and delighted in bounding over the rolling surf. My love of characters was cultivated by the art and stories I was introduced to as a child. My parents were European immigrants who empathized with the intense and angry work of the German Expressionists, and the socially conscious images of Kaethe Kollwitz. In art school, I learned about the Ash Can artists who depicted the everyday world of New York with vitality and sincerity. This is the path I chose to follow when I decided to create a series of images inspired by Lynn.

For forty years I have drawn inspiration from Lynn, and from the surrounding communities. My work documents a period in time, people I have known or observed, and expresses my affection for this corner of the world. Empathy drives much of my work, and many of my images have an implied story rather than a clear narrative, since the inner thoughts of others are a mystery. We can always look back at our lives and wonder about paths not taken; I am proud of the body of images I have created and hope that they will be preserved as part of the historical record of artists in the city. They also say something about the life I have chosen to live, much of it spent in a studio, observing life rather than participating, and staying on the edge of society as artists must.

Although I’ve spent most of my life in the Northeast, one of my strongest memories is of parking on the side of the road somewhere in the West, and sitting on a hill with my dog. We looked out at the endless mountains while clouds cast rolling shadows like animations over them. I was young, and the vastness of the West astonished me. I had never felt so free, with a life of endless possibility ahead. Although much of my story has been written, this is the true compensation for choosing an artist’s life; one can always find something new and surprising to say, and a new way to say it. I don’t know what will inspire me for the next twenty years, but I look forward to the journey.”

On April 27, 2022, the Lynn Museum & Historical Society, better known as Lynn Museum/LynnArts, celebrated its 125th anniversary. While things may look a bit different than in our early years, our mission remains the same: preserve, interpret and promote the diverse cultural heritage of Lynn.

Over the past 125 years, we have grown and maintained a collection of over 10,000 objects chronicling Lynn’s rise from an early American settlement to an industrial powerhouse. This exhibition will highlight newer artifacts to our collection, fan favorites, and never-before-seen artifacts. 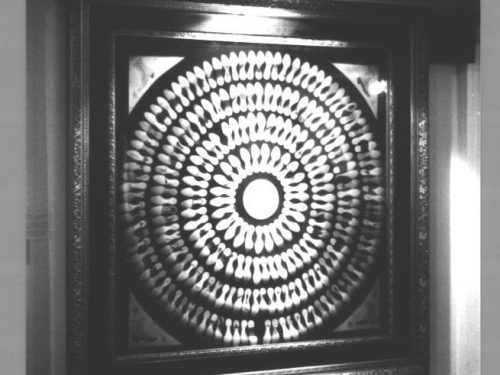 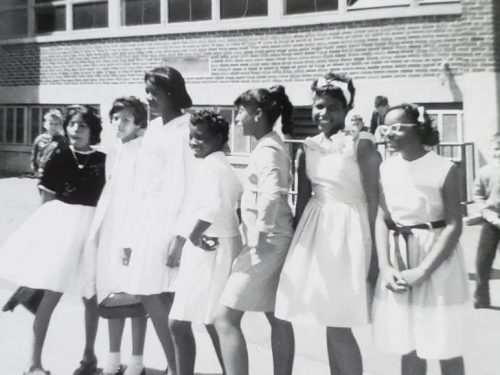 After the success of our Untold Stories: A History of Black People in Lynn exhibition (May 2021 – July 2022), we have reimagined the show into a rotating display located in our second-floor galleries.

Expanding on the collaborative exhibition co-curated with Lynn’s Black community members, we will continue to explore the history of Black people in Lynn from the colonial period to the present day.

Lydia Newhall Breed was born on September 10, 1925, in Lynn, Massachusetts. While she spent most of her years in Swampscott, Breed valued her family’s historical past as prominent Lynn citizens. She and her mother, Aborn, were active and longtime members of the Lynn Historical Society. In addition, Breed counted herself as a fifth-generation member of the Unitarian Universalist Church of Greater Lynn. She made outstanding contributions to the church as both an educator and an artist, and her work wood sculptures and prints remain prominent in the church building.

Breed was a founding member of The Boston Printmakers in 1947 and exhibited with them until 1965. In addition to her body of work in the Lynn Museum/LynnArts’ collection, Breed’s work is part of the permanent print collection of the Boston Public Library. Her woodcuts were widely collected, and she was also active in the Marblehead Arts Association.

Despite her extensive work in printmaking and illustration, Breed identified herself as a sculptor. Her community, faith, and love of literature play significant roles in her work. This exhibition is the entire archive of Breed’s prints recently acquired by Lynn Museum/LynnArts and includes testimonials from congregation members and commentary from current students at North Shore Community College. Breed’s prints present the democratic views and values she held, chronicling her focus on humanity. We invite you to connect with and explore the life’s work of this local, groundbreaking artist.

This exhibition is generously supported in part by 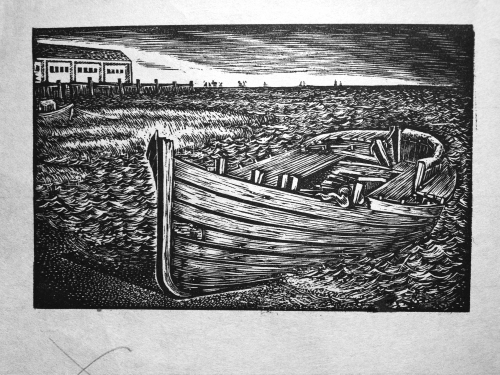 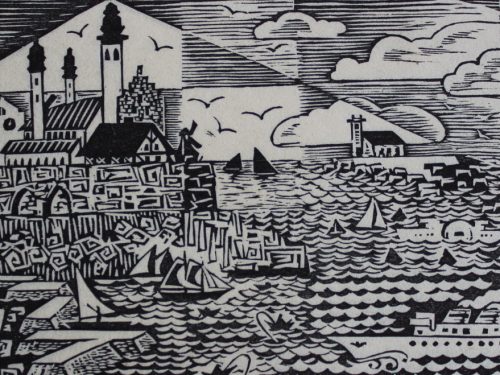 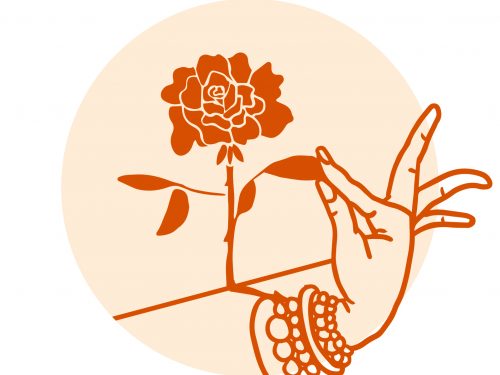 Identity is the defining characteristic and quality of a person or thing. Within a collective of people, identity is rooted in the sense of belonging. After Cambodia’s 1970 U.S. carpet bombing, codenamed “Operation Menu,” Cambodia and its people suffered a deadly and traumatic social and cultural revolution. The Khmer Rouge regime consequently led to the most significant displacement of the Khmer people. Seeking refuge in a foreign land, assimilation, and preservation of the homeland’s cultural identity has led to a third cultural identity that is not the homeland’s nor the new country.

“We are Khmer-Americans and a Khmer immigrant. Our parents and families were Khmer people who survived the Pol Pot genocide and the subsequent refugee camps/mass diasporic movement.

We are part of the Khmer artist and storytelling community, the protectors of Khmer culture and identity. We aim to educate ourselves and others about Khmer history to be well informed as we explore and shape our contemporary Khmer identity.”

This exhibition is generously supported in part by 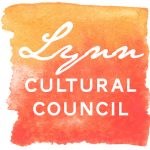 Untold Stories: A History of Black People in Lynn

Untold Stories: A History of Black People in Lynn was a collaborative exhibition between the Lynn Museum and community members. This exhibit explored the history of Black people in Lynn from the colonial period to the present day. The exhibition covered various topics, including culture and identity, the lives of free and enslaved people, and the significant leadership roles Black Lynners have played in the community.

To tell this nuanced story of Black life in Lynn, the joint exhibition committee chose objects and photographs from the Lynn Museum’s collection. In addition, the committee looked to the Lynn community to share their objects, photos, and stories. The exhibition team also used collected oral histories of Black Lynn residents conducted by North Shore Community College students as part of their service-learning at the Lynn Museum. 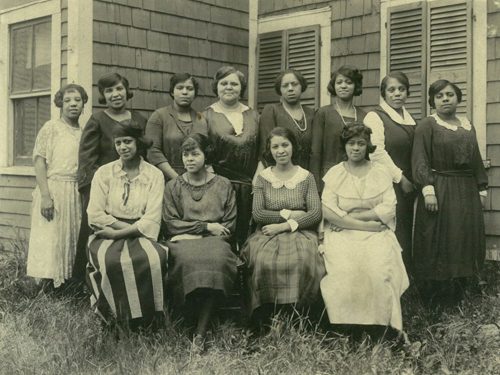 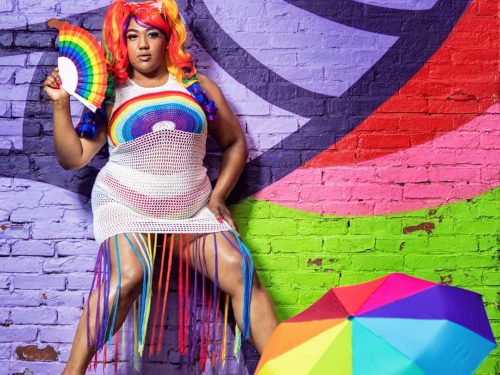 Many thanks to United Lynn Pride and Queer Lynn Scene for their support. 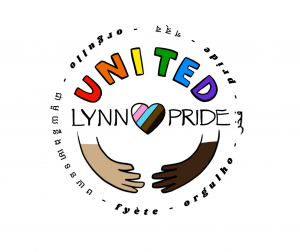